The whole world thrives to survive but a very few live life to the fullest. The deep sense of how to live fully is provided in the teachings of Jesus Christ.

We all search for answers about the purpose of life. And how to live a happy life. But there are lot of saints and scholars who have been a living example.

Also there is a lot to learn from these individuals. Many of whom are also referred to as God.

These were the people who attained that supreme level of consciousness, which helped them to live such a blissful life.

One such supremo is Jesus Christ. A man who was a living example and taught us the way to attain that highest level of consciousness.

Who is Jesus Christ?

Jesus Christ is a living Being referred to be as God by many. He lived a simple life, born in the succumbs of Bethlehem, in a cow shed.

He is also referred as a spiritual leader by many scholars. Moreover, his biography is mentioned in the Bible New testament, which is more of a theological document.

He showed us the path to a spiritual way of living. And his life has instigated in forming the biggest community of the world, and that is Christianity.

Christianity means followers of the Christ. 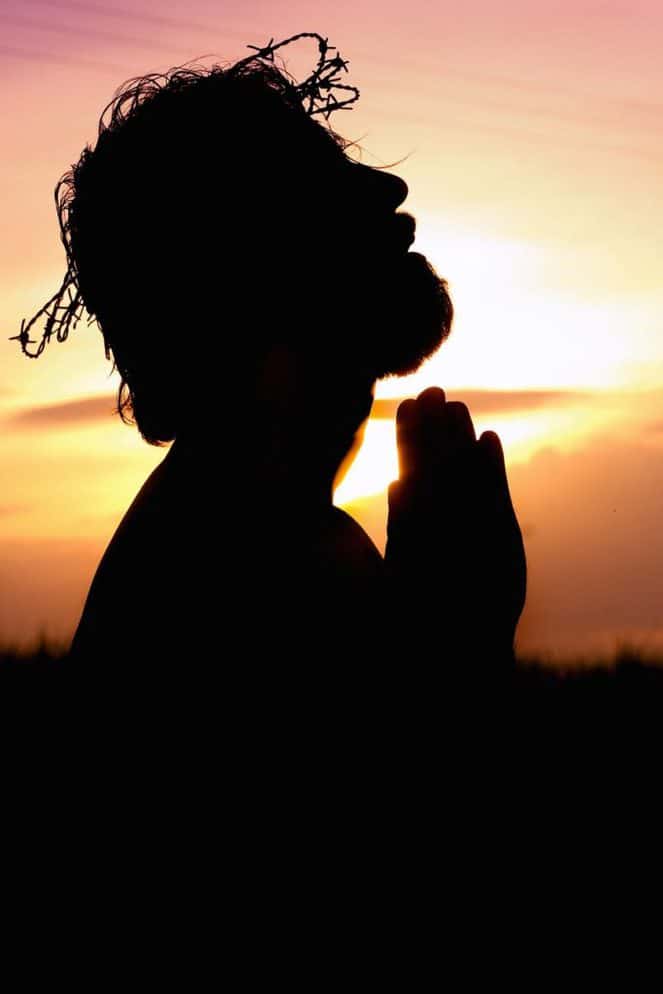 Moreover, his teachings are wide spread today, but unfortunately this community has got divided into a lot of subdivisions.

Also, we get to see that his teachings has been interpreted differently today in various sub groups.

Further, Jesus is mentioned to have been a carpenter in his younger days. 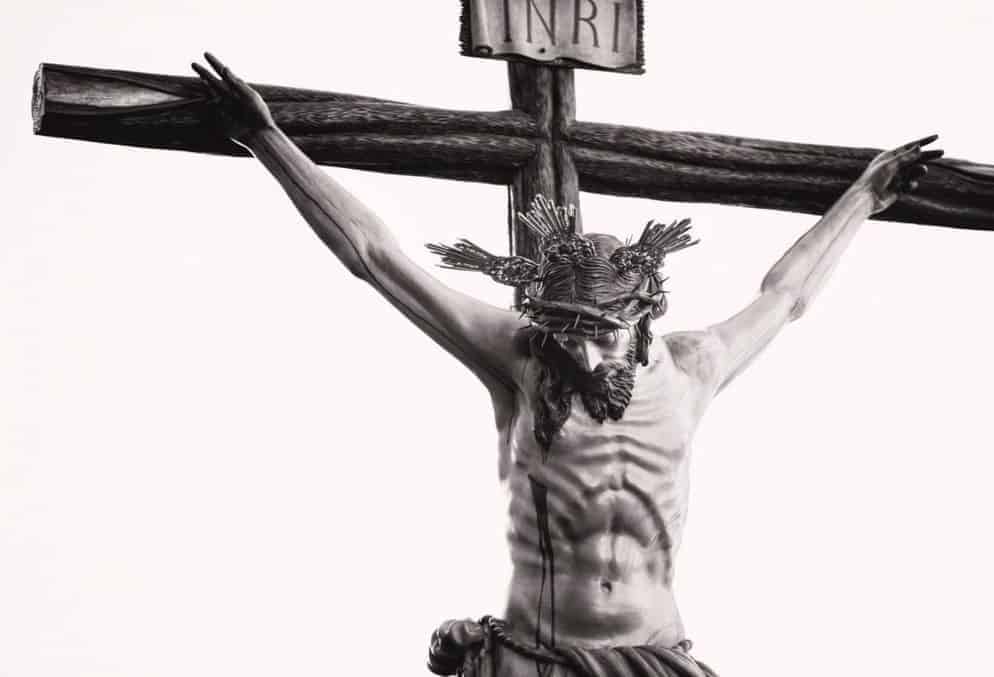 His life has been full of miracles. Wherein he healed a lot of unexpected cases.

Also, Treating them, he proved the power of prayer.

He kept on gathering attention from across diversified areas which also tickled some other spiritual groups who had their own traditions and practices.

Moreover, Jesus was considered to be a threat by the Pharaoh’s. Since, his spiritual teachings were attaining fame and confidence among people.

Jesus gathered his disciples with the power of his intuition which was a clear depiction of the power of being self-realized.

Moreover, his presence started to influence things around him.

It is believed that Jesus secluded himself for several years in the mountains and prayed to know his purpose of Life. And that helped him to be self-realized.

If you like my blogs, please do support my work on patreon.com by becoming a Patron. You can do so by donating any amount
you wish by clicking on the Patron button. It is your support that helps me make these contents.

In the later stage, Jesus was tricked into crucification. He was arrested and taken to prison with wrong allegations.

Jesus was brought to the court the next day. In the Roman Empire, there was a tradition of releasing one detained out of two, depending on public vote.

Moreover, the public gathered for voting were paid members of the Pharaoh’s and Jesus was selected to be executed.

In the other hand, Jesus had this vision of things coming. He had informed his disciples long back, about the same. However, he did not resist. Because that was God’s wish “Thy will be done”.

With every moment of torture and agony, Jesus just prayed and asked for forgiveness for the people. 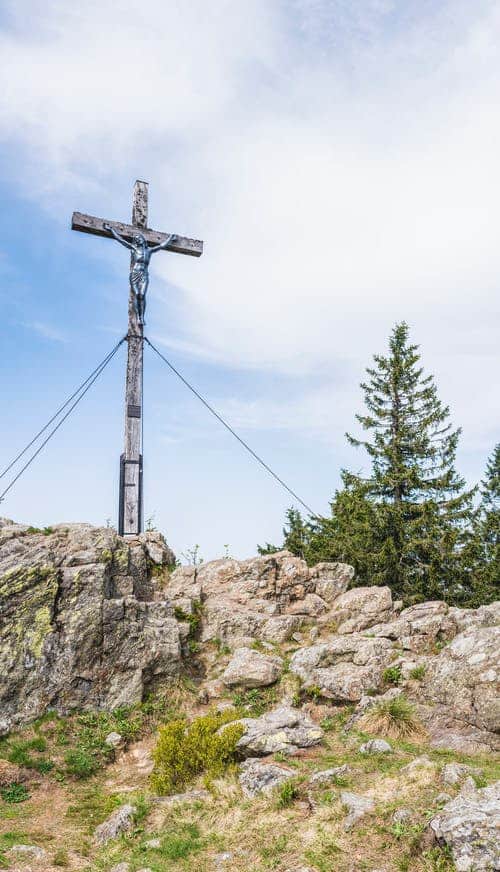 Don’t Miss to Read: How to Stop Worrying?

The Teachings of Jesus Christ!

The teachings that Jesus Christ gave us is worth learning, because that is the perfect way of living.

Further, there are so many interpretations of the Teachings of Jesus Christ that we get confused on what to believe in.

So we have to use the power of questioning to understand this theology.

So what is this perfect life from the inside? 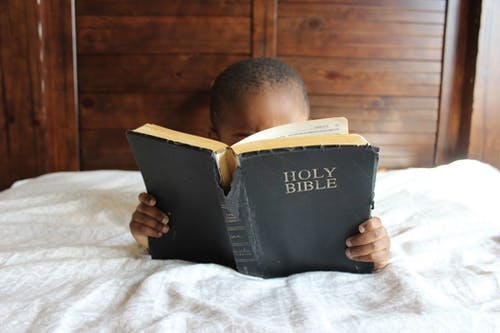 During the seclusion, Jesus realized the true source of happiness and the power it attains.

This realization was not on knowledge level, but experience.

Now since he attained this happiness, he wanted to share it with others. Remember, we can only share what we have, and that is the highest form of living. Which even other saints did. Like Sai Baba, Gautam Buddha, etc.

Jesus, in his teachings never spoke about praying for material things. In fact, he never spoke of any religion.

I just got the real interpretation of what Jesus Christ told, through questioning.

Like, for instance, when he told “I am the way”.

He was not talking about his physical ‘I’. This is what has been misinterpreted and made commercial.

Jesus, when called the King, did not like it. Because he just considered his outer body to be a servant of the God.

So how can he have referred to himself being the way. This is what ‘the not so knowledgeable priests’ have promoted.

Then what was Jesus referring to when he said ‘I am the way’?

The great scholar Sigmund Freud had explained this ‘I’ in his psychological experiments.

To clarify, when we identify ‘I’ with our body then that is ‘Ego’ or in science called as the ‘fake I’.

When I tried to question and search for this so called ‘Fake I’, I couldn’t find any. You can experiment this yourself.

So, one thing is clear that Jesus was not referring to his physical ‘I’.

That is to say, he was referring to the universal ‘I’. Which can also be referred as God or Universe or anything you believe in.

This ‘universal I’ is there inside all of us and that is why we are alive.

So what Jesus meant by his quote ‘I am the way’ is not to follow his physical being. But to follow the ‘Universal I’ that is inside all of us.

Jesus referred to that ‘universal I’ as the Father.

Further, when Jesus spoke about Hell and Heaven, he was not referring to any illusion place called Hell and Heaven. That is advertised in movies and through many misinterpretations.

To clarify, Jesus was referring to being connected with that ‘Universal I’ as Heaven and disconnected from the same as Hell.

So that means Hell and Heaven is here, now. It is not any fairy place as taught to us.

Many of our complete knowledge about Bible and the Teachings of Jesus are based on different interpretations. It is not 100% accurate knowledge.

Same like, North Korean people believe they are the most powerful and best country in the world.

We are being fed with all sort of fantasy knowledge, which is far from truth.

Jesus always tried to teach us to be connected with our source. That is the ‘Universal I’ that is there inside of us.

And, He always tried to explain that this source inside us is God. That means we all are God, but the problem is we are not connected to that God in us. So we live like Hell.

Thus he encouraged people to connect to that source in us and told that this should be the purpose of our life.

This connection is available naturally in a small child. With time, child loses that connection, when the logical mind is formed.

That is why Jesus told, we have to be a child again to enter the gates of Heaven.

To clarify, He was not talking about rebirth, in fact he was trying to explain about the connection with your ‘Universal I’.

Subscribe Us Do subscribe us here for free and get information about our latest articles. Don't miss contents that will help you improve the quality of your thought process.

Jesus was a symbol of Love. Even in the worst of times, his love for people was prevalent.
He did not show any sign of hatred or anger, irrespective of all the ill-treatment he received from the people.
His teachings was all about love for humanity.
As mentioned in the above topics, his quotes were mostly pointed towards connecting with God, that is the ‘Universal I’ inside us.
And with this connection, we become aligned to our true nature and that is purity of Love.
Further, Our basic nature is Love and happiness.
And, Jesus with his life, has proved it, even with all the worst situations he faced from the outside world.
Jesus, in his teachings has always asked to be child like, which is the depiction of love and happiness.
Also, He mainly focused on humanity and not religion. That is the Christ just spoke about Love all the time.
His love for people and surroundings was so much that he was able to forgive even when his own disciples cheated on him.
The biggest message that the Lord gave was about sin.
We, not connecting to our ‘Universal I’ is the biggest sin.
Once we are aligned with the ‘Universal I’, the only thing that we can do is Love, like Jesus did.
Amen!!!

Reading is one habit that will bring you success in abundance. And what can be better than kindle where you can get
hundreds of books worth more than $1000 for FREE. Click on the Kindle image to know more. 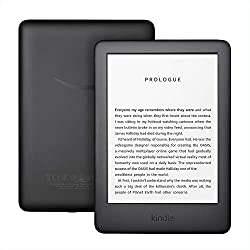 Thank you for giving me this opportunity to serve you.

Anup Chandran is the founder and creator of Easy Go Guide. To know more please visit the About Us page.

[…] understand the concept of hell and heaven, read the blog: The Teachings of Jesus Christ. A brief understanding of the topic is covered […]

I always thought an ideal mind is devil’s workshop.. u proved other wise…👌

The Language of the Universe | Learn, Understand and Use it for Success.

you’re in point of fact a good webmaster.
The website loading pace is incredible. It kind of feels that
you’re doing any unique trick. Moreover, The contents are masterwork.
you’ve performed a excellent activity on this matter!

Simply desire to say your article is as amazing.

The clearness in your post is simply spectacular and i could assume you are an expert on this subject.
Fine with your permission let me to grab your RSS feed to keep updated with forthcoming post.

Thanks a million and please keep up the enjoyable work.

Hello! This post could not be written any better!
Reading through this post reminds me of my previous
room mate! He always kept talking about this. I will forward this post to him.
Pretty sure he will have a good read. Thanks for sharing!

If you are going for finest contents like me,
only visit this web site all the time for the reason that it gives quality contents,
thanks

I needed to thank you for this good read!! I definitely enjoyed every bit of it.
I have you saved as a favorite to check out new things you post…

Check beneath, are some entirely unrelated web sites to ours, on the other hand, they’re most trustworthy sources that we use.

Very good write-up. I definitely appreciate this
site. Thanks!

It is perfect time to make some plans for the long run and it is time to be happy.
I’ve read this publish and if I could I desire to recommend you few
interesting issues or advice. Perhaps you can write
next articles relating to this article. I
want to read more issues approximately it!

I will immediately clutch your rss as I can not in finding
your e-mail subscription hyperlink or e-newsletter service.
Do you have any? Kindly let me recognise so that I could subscribe.